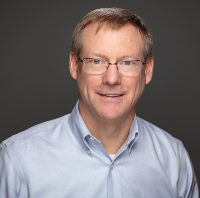 Last month we gave you the Antidote for all that ails society and urged you to run TOWARD the pandemic, finding ways to serve people. This month, I’ll give you some rest from all that running with a more reflective challenge. I’d like to challenge you to pray the Lord’s Prayer as a mission prayer.

The opening line of the Lord’s Prayer includes the word “hallowed”. Often, we pray this in a way that it is something we are doing, recognizing God’s name as set apart and holy. The Greek word translated into the adjective “hallowed”, is actual the verb “Hagiazo” which means the act of sanctifying, or setting apart as holy, revered and honored. Since it is a verb and not an adjective, the first line of the Lord’s prayer could be alternately read not as us worshipping God as holy and set apart, as much as it could be asking God himself to make His name known. Your prayer could be in effect “our Father, who art in heaven, make your name known and revered across the whole world.”

In this context, the entire Lord’s prayer becomes a mission prayer, reflecting God’s work in the history of creation, putting it in context with God’s eventual restoration of his entire created order. I am not suggesting that words be changed, but to point out that the Lord’s Prayer is deeply missional and can be prayed in this way expressing our hearts desire for God to act and completely restore his created order.

The second line reading “Thy kingdom come, Thy will be done on earth as it is in heaven” acknowledges God complete authority and capacity to act in his intent to glorify his name. God has allowed Satan to roam the world and cause mayhem, but God still has all authority and will act to restore. Thy kingdom come points to the second coming and His intent to destroy Satan and fully restore his created order, and it is our petition for God to act and bring this about.

“Give us this day our daily bread”, in mission context, is asking God to give us spiritual nourishment (Deut 8:3), that we would be equipped to do the work He has given us in this church age.

Forgiving us as we forgive is straightforward enough. We are a people of grace, who need the forgiveness of Christ, and need to extend grace to others. In a mission prayer context, we are in effect vessels of grace, pointing people back to the one who can forgive and redeem them as well.

Delivering us from evil is also in the Greek more specifically the Evil One rather than just general evil. In a missional context, this is asking God to deliver us from Satan. The death and resurrection of Christ defeated Satan but did not destroy him. Satan will be destroyed in the second coming, and here we are again imploring God to act. The concluding Doxology is more than a Doxology – it reflects the restored creation and state of order after the second coming, for ever and ever. Powerful prayer, isn’t it? Let’s pray with mission on our mind. It gives urgency to Bible distribution.

Give Hope. Give Life. Give Bibles! CJH